Doro Pesch played the first of two planned drive-in concerts over the weekend – taking to the stage at the CARantena-Arena in Worms, Germany.

Towards the end of the Warlock classic All We Are from the band’s 1987 album Triumph And Agony, Doro stepped down from the stage and mingled with the crowd – and their cars.

The fans were clearly delighted with the performance and showed their appreciation by clapping, cheering and hammering their horns.

Sharing a clip Twitter, Doro said: “Man, our first show at a drive-in cinema was so awesome. What an amazing crowd. We had a blast. Worms, we love you.”

Doro’s next planned drive-in show will take place at Bottrop’s Autokino am Moviepark on June 28, with tickets now available.

Announcing the pair of drive-in concerts last month, Doro said: “Dear fans, we don’t have many choices to perform live at the moment, so why not make the best of it and play at a drive-in cinema? We like the idea a lot.”

Earlier this year, we reported that Denmark and Lithuania were hosting drive-in concerts, while Live Nation were also considering something similar in light of the pandemic.

And a few weeks ago in Arkansas, Bishop Gunn frontman Travis McCready played the world’s first socially distanced concert in front on 229 people – around 20% of the venue’s capacity.Meanwhile, Doro has revealed that she’ll release a brand new single titled Brickwall on June 26.

She says: “Brickwall is a harbinger for the upcoming album that will be released in 2021. I want to give my fans a taste of what it’s going to be like – and the song also fits quite well with these dark times.

“The lyrics are about unbreakable, unconditional love for a person in deep trouble. Even though it isn’t always easy to deal with that person, you still do everything to support them and get through the dark times side by side – even if you literally have to tear down walls.”

The b-side to Brickwall will be a live version of Soldier Of Metal.

Man, our first show at a #driveincinema / #Autokino was soooo #awesome! What an #amazing crowd! We had a #blast! #Worms, we #love you!
See you in #Bottrop in the Autokino am #Movieparkgermany on #June 28th!
Get tickets here: https://wir-lieben-tickets.de/doro-live-tickets-3383.html … 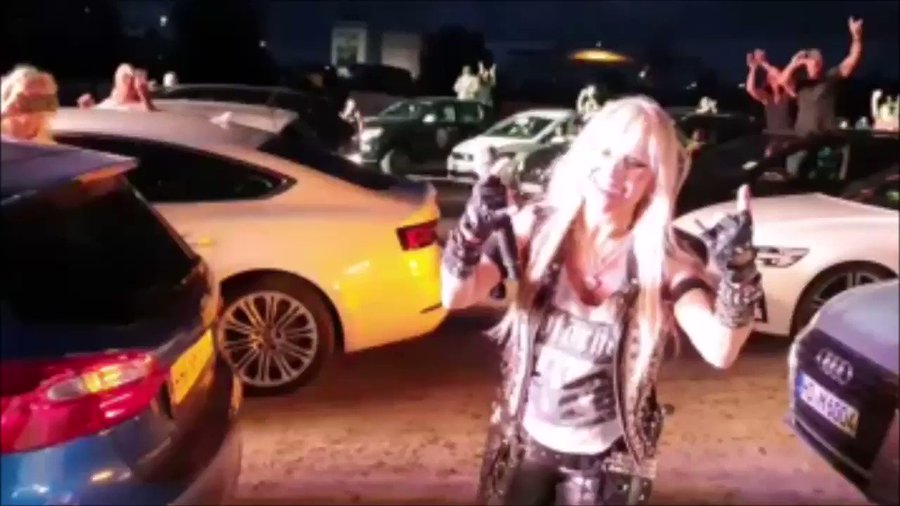 Now Playing: Natalia Queen Is Down for ...