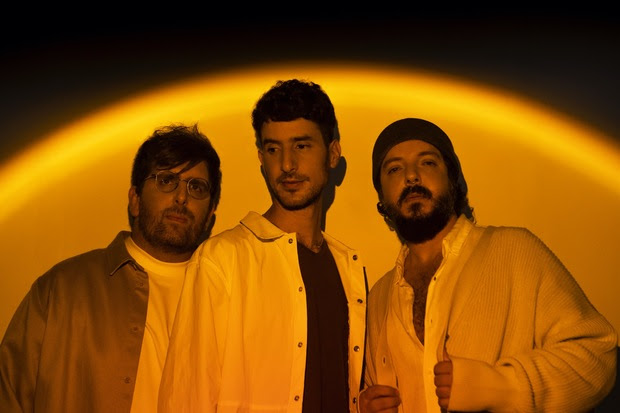 photo credit: Michael Topyol
September 20, 2021—“Summer Night,” the new single from emerging trio Garden City Movement with Lola Marsh, is out now. In addition, the group unveils an accompanying video directed by Charlie Di Placido (Jungle, Diplo, Little Simz) while the track appears in the FIFA 22 Soundtrack. Listen to/share the song HERE and watch/share the video HERE.
“‘Summer Night’ captures our experience and emotions from the summer of 2020, in which our lives changed in a most unexpected way. The experience of both bands collaborating and writing together was something we’re so thankful for in these hard times. The song talks about the belief that change is always possible, even in what seems to be our darkest hour. It begins with us and we have a responsibility to make change happen,” says the group. 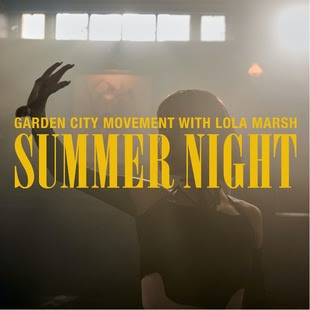 Garden City Movement is a Tel Aviv-based electronic trio consisting of Roy Avital, Yoav Saar and Johnny Sharoni. The band first made waves with the release of their debut EP Entertainment in 2013, which garnered early praise from Pitchfork, The FADER, Fact Magazine, Stereogum and more. Their debut album, Apollonia, was released in March 2018 via U.K. label Night Time Stories and took a darker path lyrically, exploring the breakdown of a fading relationship and the depression, loneliness and abuse that follows. Their second studio album is set for release in 2022.
Throughout their career, Garden City Movement has toured worldwide, making appearances at major music festivals including Glastonbury, Primavera, NH7, Magnetic Fields and Wonderfruit. In addition to performing with acts such as Alt-J, Cults, SOHN and Rüfüs Du Sol, their songs “Lir” and “Terracotta” appeared on hit TV series “13 Reasons Why” and “YOU,” respectively.
Israeli duo Lola Marsh are vocalist Yael Shoshana Cohen and multi-instrumentalist Gil Landau. In 2017, they released their debut album, Remember Roses, to critical praise; NPR Music declared, “If the duo’s charisma were a weapon, you’d hate to see it fall into the wrong hands.” Their 2020 sophomore album, Someday Tomorrow Maybe, was inspired in part by the evolution of their own relationship as collaborators and for a time as romantic partners; The New York Times praised the band for their “sweeping, cinematic music dripping in retro charm.” Additionally, the album’s hit single “Echoes” won “Best Song” at the Berlin Music Video Awards.
In addition, Lola Marsh co-wrote a song for the film Criminal and was featured in the hit TV series “Better Call Saul” with a cover of Frank & Nancy Sinatra’s “Something Stupid.” The cover was nominated and eventually won in the “Song Written and/or Recorded for Television” category at the Guild of Music Supervisors awards in Los Angeles.

“WE SHALL RISE” DEBUTS TODAY October 21, 2021—Grammy-nominated singer, songwriter and musician Brent Cobb will release his debut gospel album, And Now, Let’s Turn To Page…, January 28 via his own label, Ol’ Buddy Records (pre-order here). Ahead of the release, “We Shall Rise” is debuting today. Listen/share HERE. Produced by Grammy Award-winning producer Dave Cobb (Brandi Carlile, Jason Isbell, Chris Stapleton) and recorded at […]