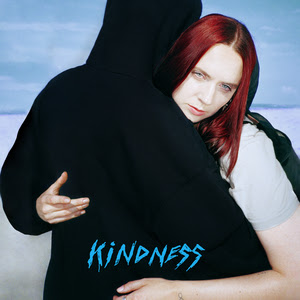 July 30, 2021—Danish superstar MØ shares a new track, “Kindness,” today—listen here. Co-written with MØ alongside Ariel Rechtshaid (Haim, Vampire Weekend, Adele), Jam City (Olivia Rodrigo, Troye Sivan) and Yangze, the new track serves as thanks to MØ’s fans for years of love and support.
“‘Kindness’ is a love letter to my fans,” MØ says. “I wrote it at a time when I was feeling, like a lot of people, disconnected from the physical world. Despite being isolated, there was this beautiful connection and support from my fans and from our little online community, which I was so thankful for. I wrote the first demo in Copenhagen on a beat by my friend Yangze. Ariel Rechtshaid then joined the process and, working online and across time zones, we made this song take shape.”
“Kindness” is MØ’s second piece of new music this year, following her return in May with “Live To Survive,” produced with rising Brit SG Lewis (Dua Lipa, Robyn, Victoria Monet) and co-written with Caroline Ailin (Dua Lipa, Katy Perry, Ellie Goulding).
MØ, born Karen Marie Ørsted, is a Danish vocalist, songwriter and producer. She has released two widely acclaimed albums, 2014’s No Mythologies to Follow and 2018’s Forever Neverland, praised for their unique perspective and rich songwriting. She has toured the world over, played every major festival and collaborated with Charli XCX, Jack Antonoff, Cashmere Cat, Noah Cyrus, Major Lazer (on “Lean On,” one of the most successful songs of all time) and a number of others.
More music from MØ is imminent.

I think this was one of his first really biggest projects for @sethgambleps @axelbraun Star Wars!!!
#starwars #axel #wow #amazing #seth #awesome https://www.instagram.com/p/CZLSd2clfPH/?utm_medium=twitter