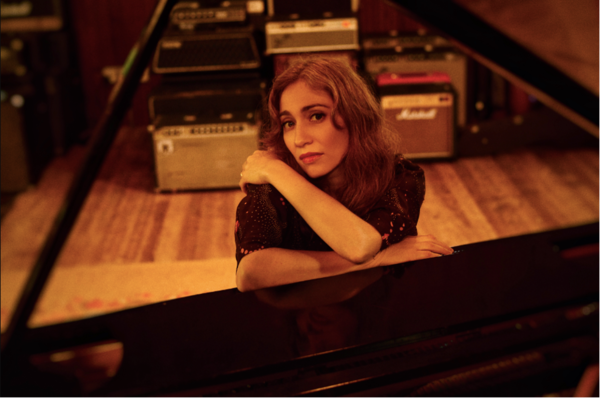 Photo credit: Shervin Lainez
Following the postponement of her fall tour due to COVID, Regina Spektor confirms that her highly anticipated dates, including two additional shows in San Diego, CA and Port Chester, NY, have been rescheduled to kick off in March 2023. Pre-sale begins tomorrow, November 15, with general on-sale this Friday, November 18 at 10a.m. local. All previously bought tickets will be honored for the rescheduled shows.
Complete list of dates below and tickets HERE.
Spektor unveils a summer tour diary music video set over the hypnotic groove of “SugarMan”, from her critically acclaimed eighth studio album Home, before and after released earlier this year.
ACCLAIM FOR SPEKTOR:
“her piano studies take on colorful shapes, the rigidity of classical tutelage giving way to improvisation and willful flashes of personality”

[of “Up The Mountain”] “It’s mystical and earthy, moving from tolling piano to implacable beat, with strings and horns ganging up”

“It’s Spektor at both her most serious and her most adventurous.”

“This is a colourful, energised collection of work from an artist who could comfortably stay in her own lane, but chooses not to… Spektor finds joy in creating a world all of her own.”