THREE NIGHTS IN NASHVILLE: BRIDGESTONE ARENA ON FEBRUARY 24 AND 25, RYMAN AUDITORIUM ON FEBRUARY 26
NEW ALBUM WITH HIS DAD, TERRY BARBER, ME/AND/DAD OUT NOVEMBER 18 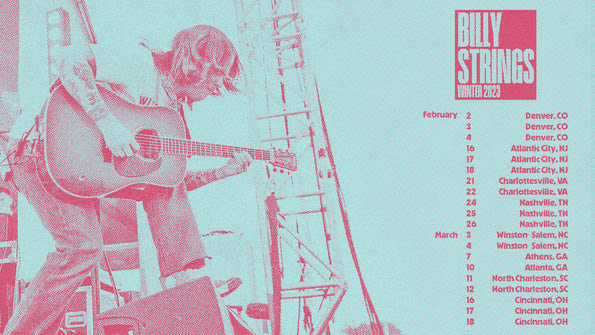 November 1, 2022—GRAMMY Award-winning singer, songwriter and musician Billy Strings will bring his acclaimed headline tour to arenas this winter with newly confirmed shows at Nashville’s Bridgestone Arena (two nights), Atlantic City’s Hard Rock Live at Etess Arena (three nights), Charlottesville’s John Paul Jones Arena (two nights), Atlanta’s State Farm Arena and Charleston’s North Charleston Coliseum (two nights) among others.
Additionally, following his two night stand at Bridgestone Arena, Strings will return to the historic Ryman Auditorium on February 26 for a third Nashville show, while his March 3 show in Winston-Salem will be a special celebration of Doc Watson’s 100th birthday. See below for complete itinerary.
Tickets for the winter dates will be available for pre-sale starting tomorrow, November 2 at 10:00am local time with general on-sale following this Friday, November 4 at 10:00am local time. Registration for pre-sale tickets is now open, full details are available at www.billystrings.com/tour.
The tour adds to yet another landmark year for Strings, who will release Me/And/Dad, the first album he’s recorded with his dad, Terry Barber, November 18 via Rounder Records (pre-order here). The product of a longtime dream, the record features new versions of fourteen bluegrass and country classics that the two have been playing together since Strings was a young child.
In celebration of the release, Strings was recently featured on “CBS Sunday Morning” speaking with correspondent Conor Knighton. Watch the full profile HERE. Additionally, the pair’s new versions of George Jones’ “Life To Go” and bluegrass traditional “Long Journey Home” debuted last month, of which NPR Music praises, “exuberant interplay…he and Barber’s take comes in hot, a match made tender by the familiar harmonies of these two lifelong picking partners.”
Reflecting on the project, Strings shares, “As long as I can remember, I wanted to make a record with my dad. I’ve been burning up and down the highways the last 12 years, and as time slips away, you start thinking, ‘I need to make time.’ It’s been a bucket list thing for me, something I’ve been afraid I wouldn’t find the time to do. And that scared me; not doing this record scared me.”
Produced by Strings and Gary Paczosa and recorded at Nashville’s Sound Emporium Studio, the record finds Strings and Barber playing with familiar ease, naturally trading off leads both vocally and on guitar. In addition to Strings and Barber, the album features an all-star band including bassist Mike Bub, mandolinist Ron McCoury, banjo player Rob McCoury and fiddler Michael Cleveland as well as special guest appearances by Jerry Douglas, Jason Carter and Strings’ mother, Debra Barber, who sings on the final track, “I Heard My Mother Weeping.” 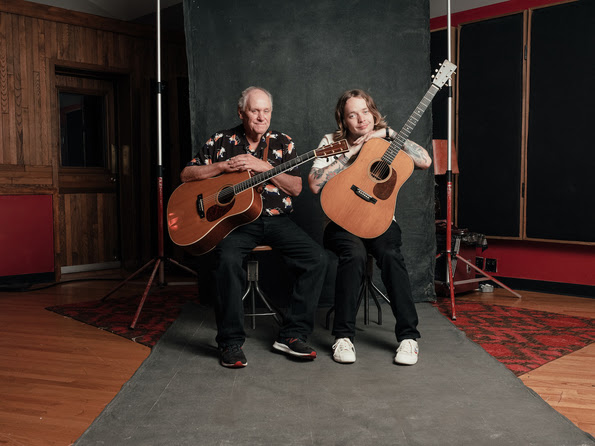