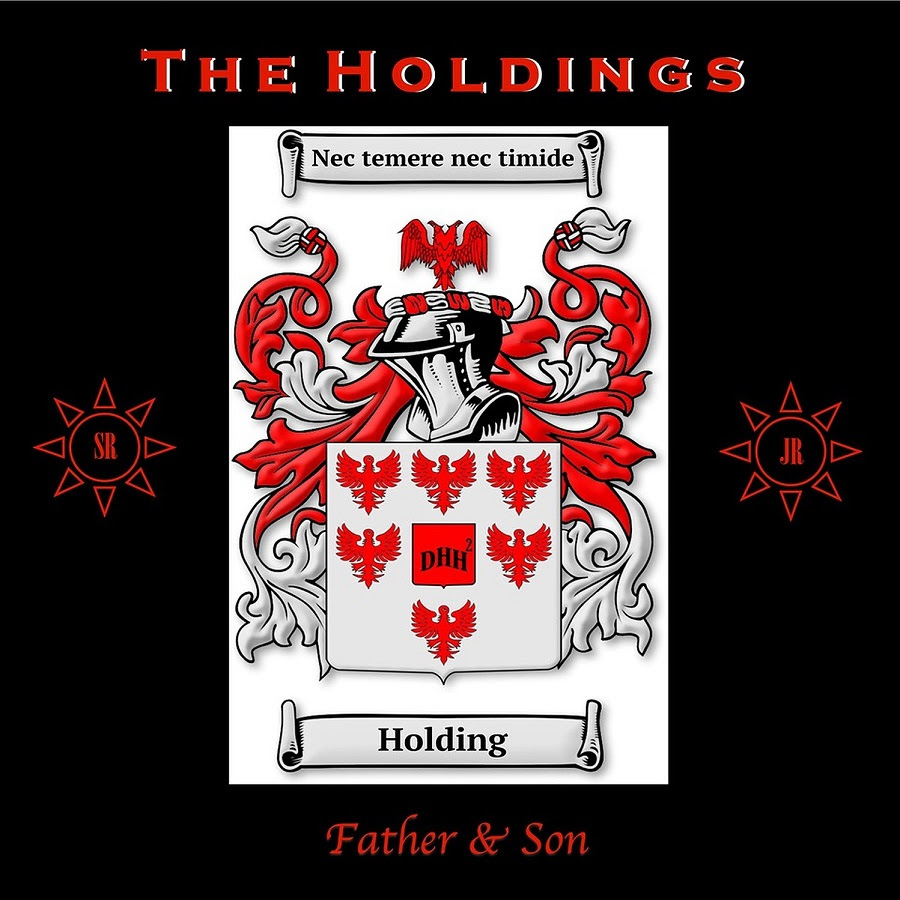 The duo’s soaring track, “Lock and Load”, from their debut EP Father & Son, is part of the renowned music site’s popular monthly compilation of most-wanted new songs, which can be found on the Spotify and Apple Music platforms.

“My dad and I are so excited to be included in Relix Magazine’s September 2022 Digital Artist Sampler, especially since we have both been fans of the magazine and its dedication to emerging musical acts for many years,” said Coxxx. “We hope this sampler offers us the opportunity to engage new fans in our music and get to know us better.”

The Holdings’ five-song EP, which was released in July with the launch of its first single, “Stay Home”, highlights the duo’s contrasting generations of melodic styles that blend perfectly in unison – a musical labor of love that serves up solid effects-laden guitar work behind dreamy vocals that ebb and flow beautifully throughout the sonic surges of each song.
Haynes Holding Senior is a gifted guitarist/bassist that emerged from the fabled late ‘70s early ‘80s Athens, GA music scene while Coxxx (as Holding) founded the group The Last Relapse in early 2006 at the age of 16.  Father & Son not only marks Coxxx’s first-ever recorded musical collaboration with his father – who has released eight albums under Haynes Holding and Soci3ty over the past two years – but also his first release since The Last Relapse album Machine in 2010.
To find out more about The Holdings, visit TheHoldingsMusic.com, Twitter and Instagram, and find Father & Son at Spotify, SoundCloud and Bandcamp.
ABOUT THE HOLDINGS:
The Holdings is a new musical family project between David Haynes Holding Sr. & Jr. that officially launched in July 2022 with the release of the duo’s debut EP, Father & Son.
Haynes Holding (Sr.) is a talented guitarist/bassist that played in several different projects during the legendary late ‘70s/early ‘80s Athens, Georgia music scene that spawned REM and the B-52’s, releasing two albums with his band Dorothy’s Dream.
Inspired by his father, the younger Holding grew up in Atlanta with aspirations of rock stardom himself with the founding of The Last Relapse in early 2006 at the tender age of 16 years as the lead vocalist/rhythm guitarist. After a six-year run, a full-length album, Machine, and a couple hundred shows throughout the southeast U.S., the band decided to go on indefinite hiatus.
In 2020, Jr. and Sr. began working on music again – separately, then collaborating on songs together. Haynes Holding has since released five solo albums that convey a variety of music styles and genres, as well as two albums under the name Soci3ty. Meanwhile, David Holding has been writing and recording with a couple former members of The Last Relapse on a new project yet to be announced. For more info, visit TheHoldingsMusic.com.