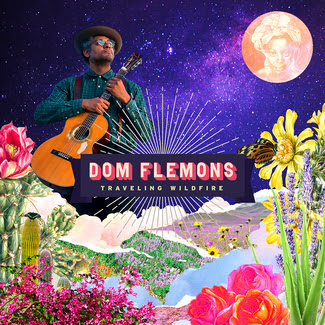 album cover art
GRAMMY Award-winning musician and scholar Dom Flemons, also known as “The American Songster,” will release his anticipated new album, Traveling Wildfire, March 24 on Smithsonian Folkways Recordings (pre-order here). In advance of the release, the new song, “Slow Dance With You,” is debuting today with an ATMOS mix. Listen/share HERE.
Produced by Ted Hutt (Old Crow Medicine Show, Lucero) and recorded at Los Angeles’ Kingsize Soundlabs, Traveling Wildfire is Flemons’ most personal album to-date as he refocuses on his songwriting—reflecting on his recent epiphanies and spiritual evolution as well as on the current social climate. Across these fifteen tracks—a collection of both originals and new renditions of traditional folk songs—Flemons gently conveys his purposeful message as he addresses fundamental themes of Black love, survival, legacy and growth, while a sonic atmosphere builds in intensity from a serene and grounded beginning.
Of the project, Flemons shares, “Traveling Wildfire is not only a statement of my personal travel experiences but also a metaphor for rebirth in the wake of destruction. It reminded me that the album is in its own way a statement about emerging from the depths of uncertainty to find a new relevance during this unprecedented moment in modern history. At the same time, the image of the traveling wildfire reminded me of how music and stories can travel from generation to generation bringing important lessons from the past into the present and the future.”
In addition to Flemons (vocals, acoustic guitar, banjo, drums, percussion, electric bass, electric guitar, quills) and Hutt (guitar, electric bass), the record also features David Hidalgo (drums), Marc Orrell (pump organ, bells) and Matt Pynn (pedal steel) as well as special guest appearances by Sam Bush and James Fearnley.
In celebration of the release, Flemons will launch season four of “American Songster Radio Show” January 24 on 650 AM WSM in Nashville, TN, available worldwide via www.wsmradio.com. After completing season three in December with guests like Billy Strings, Mickey Guyton and Steve Martin, the new season will focus on the music and inspiration behind “The Making of Traveling Wildfire.”
Flemons will also tour through this spring with upcoming shows at Chicago’s Logan Art Center, Hollywood’s Troubadour, Phoenix’s Musical Instrument Museum, Berkeley’s Freight & Salvage Coffeehouse, New York’s Joe’s Pub at the Public Theater, Cambridge’s Club Passim and two nights Washington, DC’s President Lincoln’s Cottage among others. See below for complete tour details. 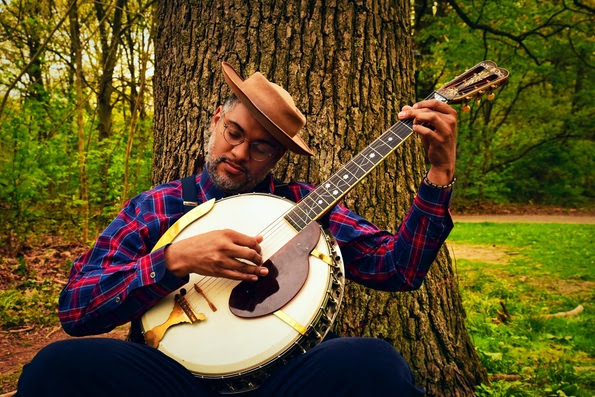