GLOBAL ARTIST SHENSEEA SET TO PERFORM AT THE 2023 AVN AWARDS

The Sexiest Awards of the Year Celebrates its 40th Anniversary in Las Vegas on Saturday January 7, 2023 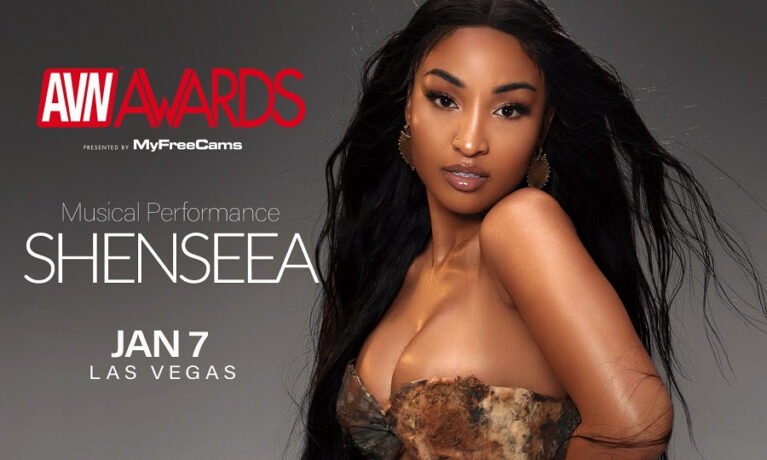 AVN Media Network announced today that artist sensation, Shenseea, is set to perform at the 2023 AVN Awards.  Coming off her debut studio album, ALPHA and having collaborated with musical lumineries including Megan Thee Stallion, 21 Savage, Wizkid and more, this Jamaican artist will have the AVN audience on its feet.  Shenseea will be the third female artist in the 25+ year history of the awards to perform. The AVN Awards, the sexiest awards show of the year, Is celebrating 40 years in the business and will take place on January 7, 2023. AVN president Tony Rios made today’s announcement.
“I am very excited to be performing at this year’s AVN Awards,” stated Shenseea. “I just know the energy is going to be amazing that night.”
“We are thrilled to welcome the incredibly talented Shensea to adult entertainment’s biggest stage in January,” stated Rios.  “We can’t wait to see her perform her sensational act live at the industry’s most anticipated event.”
Shenseea has solidified her place as one of music’s most in-demand rising stars. Revered for her confident, slick-tongued patois rhymes and energetic dancehall hits, Shenseea’s skills as a singer, rapper and songwriter earned stamps of approval from The New York Times, The Guardian, Billboard and more, and from legends like Funkmaster Flex, Cardi B and Missy Elliott. After releasing her Vybz Kartel-assisted debut single “Loodi” in 2016, and a stint on Sean Paul’s 2017 European tour, Shenseea joined Rich Immigrants/Interscope Records in 2019, becoming the first Jamaican artist to sign with a major label. She kept the energy high by releasing one-off tracks including her debut label single “Blessed” featuring Tyga which boasts millions of plays across DSPs and YouTube. Shenseea’s ever-increasing talents have afforded her opportunities beyond the Caribbean dancehall sphere. Locking in collaborations in pop (Christina Aguilera’s “Right Moves”), R&B (Masego’s “Silver Tongue Devil”), and EDM (Major Lazer’s “Tiny”). Her star power rose even higher after serving as the sole female rapper on Kanye West’s Grammy-nominated album DONDA, laying vocals on “Pure Souls” and “Ok Ok Pt 2,” spitting a verse Complex calls “sensual” and “fierce.” Shenseea’s personal and artistic self-assurance are the major themes she carries for her highly-anticipated debut studio album, ALPHA (2022, Rich Immigrants/Interscope Records). Rooted in dancehall, the 14-song project—which features artists like Megan Thee Stallion, Offset, 21 Savage and dancehall luminaries Beenie Man and Sean Paul—displays Shenseea’s writing, singing and rapping prowess, as well as her affinity for traversing genres. Widely known for her live appearances and performance style, Shenseea is fast proving that she has what it takes (and more) to be one of the biggest entertainers the world has yet to see.
The 2023 AVN Awards will be hosted by adult stars Abella Danger and Reya Sunshine on January 7, 2023, as part of the AVN Adult Entertainment Expo scheduled January 4-7 in Las Vegas. Both the 2023 AVN Awards and the AVN Adult Entertainment Expo are presented by MyFreeCams.
Tickets are now available by clicking here AVN Awards.
For hotel reservations and accommodations, click here to check out hotel availability
Fan voting for the 2023 AVN Awards Fan Voted Categories begins in November and continues until January. For more information about the Awards and the Fan Vote, visit AVNAwards.com.