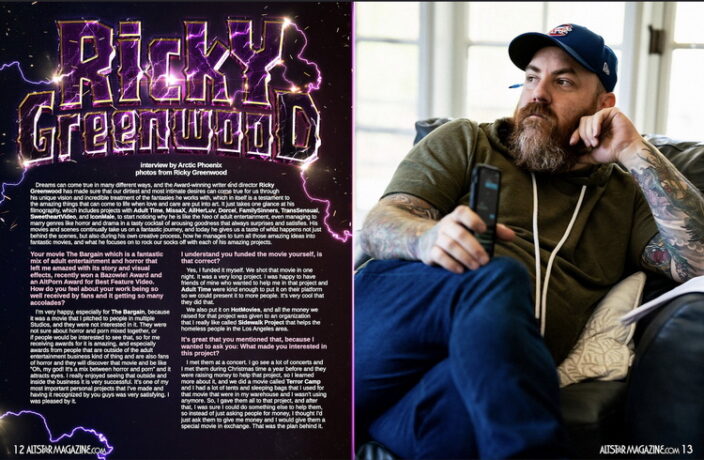 (Hollywood, CA) Multi-award-winning French Canadian adult director and writer Ricky Greenwood is prominently listed on the cover and has a four-page feature in Issue #19 of AltStar Magazine, out now and available in digital format. Ricky Greenwood’s exclusive interview with AltStar Magazine was released this week. His four-page interview features a photo of him and the […]