Maitland Ward is the proud recipient of four 2023 AVN Award nominations, in recognition of her exceptional achievements over the past year as an actress, performer, media personality and mainstream talent. 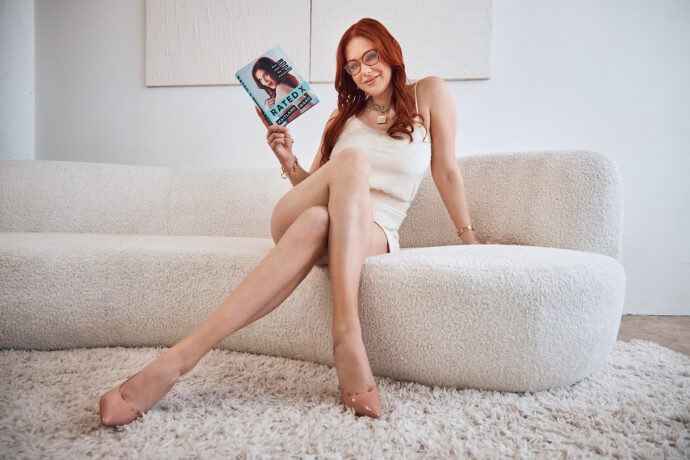 The famous face of Vixen Media Group’s celebrated studio Deeper was honored with a nomination for Best Actress for her work in the big-budget smash Drift, where she plays a familiar role as a sitcom star who explores her true self and long-held desires through a series of off-set indulgences.

“I am so very grateful to AVN for supporting me over the past three-plus years, and for these nominations honoring a body of work that has perfectly framed and defined my career thus far as an artist,” said Ward.

“And I really can’t say enough about Kayden Kross and her extraordinary talent as a filmmaker; there’s a very good reason why Drift is up for 10 AVN nominations: the dialogue, the atmosphere, the visuals, the music, and those little onscreen moments that are so profound and beautiful, unexpected and magical. Thank you Kayden and the team at Deeper for taking me along with you on a ride of a lifetime.”Visit Deeper.com to enjoy Ward’s showcase film releases, and SimonandSchuster.com to learn more about her book, Rated X – also available for purchase at Amazon.com.

Instagram.com/maitlandward
OnlyFans.com/maitlandward
Patreon.com/maitlandward
ManyVids.com/Profile/MaitlandwardABOUT MAITLAND WARD:
Southern California-born and bred Maitland Ward has quickly become one of the biggest stars in adult entertainment, after an-already successful career as an American model, actress and cosplay personality. After finding fame in the ‘90s on CBS soap The Bold and the Beautiful and smash ABC sitcom Boy Meets World, as well as a plum role in 2004’s cult classic White Chicks, Ward decided to shake things up with racy social media content, sexy cosplay and appearing at fan conventions before making the leap into adult film in 2019.
The statuesque (5’10”) all-natural redhead is unique in that not only is she beautiful and built for the adult biz, Ward’s talent as an actress means she can also carry dramatic and comedic scenes with ease. Her playful energy, professionalism and open sexuality earned her an exclusive performance contract with Vixen Media Group and the famous face of the brand’s blockbuster studio, Deeper.
In 2020, Ward won three AVN Awards for Best Supporting Actress, Best Three-Way Sex Scene-G/G/B for her work in Deeper feature Drive and Favorite Camming Cosplayer. She also won three XBIZ Awards for Crossover Star of the Year, Best Actress-Feature Movie and Best Sex Scene-Feature Movie, also for Drive.  In 2021 she scored two AVN Awards as well: Best Leading Actress for Deeper’s Muse, as well as Best Boy/Girl Sex Scene for Higher Power, plus two XBIZ Awards for Best Acting-Lead and Best Sex Scene-Feature for Muse, and in 2022 she took home two XBIZ trophies for Best Acting-Lead for Muse 2 and Performer of the Year.