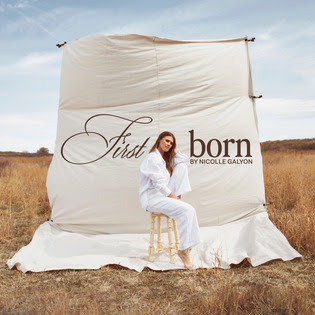 The official music video for award-winning songwriter Nicolle Galyon’s new song, “boy.,” is out now. Released today in celebration of National Sons Day, the video was directed by Claire Schaper and filmed in Galyon’s hometown of Sterling, Kansas. Watch/share HERE.
Written by Galyon and Jon Nite and featuring background vocals from Galyon’s husband, Rodney Clawson, “boy.” is from Galyon’s long-awaited debut album, firstborn, which was recently released on her own label, Songs & Daughtersvia CmdShft (stream/purchase here). A striking personal statement, firstborn tells Galyon’s life story in song form. From her humble beginnings that lead her towards a life of overachieving, to grappling with knowing only half of her family tree, to the constant juggle between motherhood and career and everything in between. The project is a musical memoir and fully realized artistic declaration from one of Nashville’s most successful and beloved songwriters.
In celebration of the record, Galyon recently made her television debut on NBC’s “TODAY Show” as well as her Grand Ole Opry debut as an artist. She was also recently selected as SiriusXM The Highway’s latest “Highway Find” artist and featured as the cover honoree of Nashville Lifestyle’s annual “Women in Business” issue.
Critical acclaim for firstborn:
“It’s clear these songs were crafted for her and her alone from the opening lines…firstborn is not aimed at giving her a tenth No. 1 but at putting her own lyrical voice in the top position for the first time in her career”—Variety
“a star-making statement all her own that reckons with her humanity and humility in equal measure…Galyon is perhaps the best songwriter in a town where folks have been known to write multiple iconic songs before eating breakfast”—The Tennessean
“a truly exquisite collection of musical masterpieces telling the story of her life in a series of eleven melodic chapters”—People
“It’s a raw and real look inside her world told as only the woman who lived it can”
—Nashville Lifestyles
“candid and vulnerable”—Forbes
“a simply lovely outing pairing her intimate soprano with a spare, folkie production that wafts like a spring breeze. This is music to get lost in”—Music Row
“an introspective finely-crafted musical autobiography”—CMT
“one of the best songwriters of our time”—Country Central
“there may not be a more dynamic debut album to hit the market in all of popular music…the most-honest and real record of the year”—Roughstock
“captivating. As you’d expect, the songs on Firstborn are expertly-penned”—Outsider
“firstborn is a close-to-perfect debut album. It’s a relief we finally get to hear Galyon’s
voice—her perspective is always needed”—Country Swag
Produced by King Henry and Jimmy Robbins, the eleven-track album features songwriting collaborations with Robbins, Kelsea Ballerini, Hillary Lindsey, Shane McAnally, Josh Osborne, Sasha Sloan, Emily Weisband, Rodney Clawson and more.
In her own words, Galyon shares, “It is not lost on me that most artists releasing their debut album are about 20 years younger than me, which is often why the themes of this record

rarely see the light of day. This record is not for Nashville. Or the radio. Or even for me necessarily. It is for my kids, Charlie & Ford, who I hope—partly because of firstborn—will one day do the precious work of digging deep into their own life stories. I pray they will one day know where they came from…because I fought to leave them something that showed them who they came from. And today this woman is bold and vulnerable and tough and honest and fiercely committed to showing up. Much like my own mother did for me, 38 years ago, when I was firstborn in a town called Winner.”