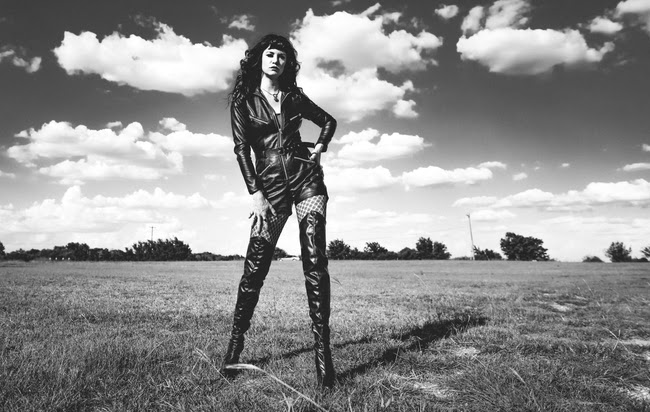 Single artwork; press photo, credit: Jody Domingue
Denim & Diamonds, the new album from Nashville vocalist and songwriter Nikki Lane, is out today via New West Records—get it here.
“There is a song that didn’t make the album with the lyrics ‘sometimes you gotta run away to live a life that you can write a song about.’ Prior to this album, I was so focused on writing about life on the road, that I just didn’t have the headspace to write about the road that got me here,” Lane says about the new album.
“Nikki’s new record Denim & Diamonds is a Declaration of Independence, individuality and self-respect,” collaborator Joshua Homme of Queens of the Stone Age says. “I’m thankful to have had the opportunity to be part of it.”
Additionally, Lane will appear on “CBS Mornings” for a Saturday Sessions performance on October 1.
Denim & Diamonds features previously shared singles “Born Tough,” “Black Widow” and “First High,” praised by Rolling Stone as “an amped-up ode to chasing that reckless feeling of youthful excitement…propelled by a muscular backbeat and driving bass.”
In celebration of the new album, Lane will hit the road next week for a run of North American headlining tour dates through the winter—see full routing below and purchase tickets here.
Denim & Diamonds was born out of a moment of careful consideration in Lane’s career—when several years of touring behind her last album came to an end and the early days of the pandemic forced everyone inside, Lane knew it was time to find inspiration somewhere new. Lane enlisted Queens of the Stone Age frontman Joshua Homme to help her bring Denim & Diamonds to life, with whom she assembled a studio band of big-budget talent consisting of his Queens of the Stone Age collaborators Alain Johannes on guitar, Dean Fertita on organ and Michael Shuman on bass, as well as drummers Matt Helders of Arctic Monkeys and Carla Azar of Autolux. With Homme’s help, Lane transformed the seeds of ideas she had for years into an album that nods to her wide-ranging influences, from the psychedelia of The 13th Floor Elevators to traditional country stalwarts like Loretta Lynn. Denim & Diamonds was a chance for Lane to take stock of her first decade as a songwriter as she traces her origin story from her religious youth in South Carolina to Nashville Rebel.
Raised as a Baptist in Greenville, South Carolina, Lane discovered music as an outlet for creative expression at an early age, dropping out of school at 17 to move to Los Angeles, then New York, and then Nashville to launch her songwriting career. She has released three albums—her 2011 debut Walk of Shame, 2014’s All or Nothin’ and Highway Queen from 2017. Aside from steadily releasing new music of her own and touring the world, she was featured on “Breaking Up Slowly” on Lana Del Rey’s 2021 album Chemtrails Over the Country Club and contributed to Spiritualized’s Everything Was Beautiful.
NIKKI LANE—DENIM & DIAMONDS 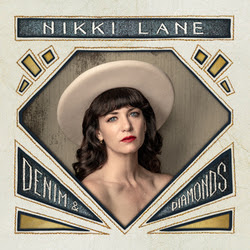