FLORENCE + THE MACHINE UNVEIL IDLES REMIX OF “HEAVEN IS HERE” 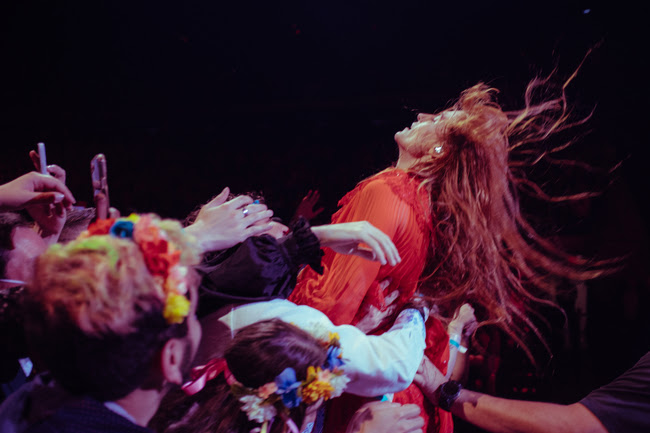 Photo credit: Lillie Eiger
Florence + the Machine unveil a new remix of “Heaven is Here” from IDLES today—listen here.
“IDLES are one of my favourite bands and I’ve been wanting to work on something together for a while,” says Florence. “It might be strange for people to think but I see a lot of symbiosis in what we do in terms of live performance. Connection above all else. Joyful rage and togetherness. A lot of people wished that ‘Heaven Is Here’ was longer. And I think IDLES have done the perfect job at turning it into a much-demanded dance track that loses nothing of the hex at its heart.”
IDLES’ Mark Bowen says, “Dance Fever is quite a cathartic album for me, speaking a lot to the yearning for the release of performing but also introspecting on the need itself. It lives on the line of tension between the need for release and getting it (is that not the best bit?), no more is this encapsulated on ‘Heaven is Here.’ I wanted to sit with that tension but then also lavish in the release on this remix.”
Last week, the band surprise released Dance Fever (Live at Madison Square Garden), a new live album from Florence + the Machine. Recorded at the band’s two sold out Madison Square Garden shows last month, the album features live versions of tracks from the much-lauded new album Dance Fever—including “Free,” “King” and “Dream Girl Evil”—plus classics from throughout the band’s career.
In addition to two nights at MSG, the band has toured arenas across North America this fall. Florence Welch and her band will play dates across the U.K. next month before embarking on a tour of Australia and New Zealand in March 2023.
Dance Fever, released in May, hit #1 in the U.K. and debuted at #1 on Billboard’s Top Alternative Albums and Top Rock Albums charts, #2 on Top Album Sales and #7 on the Billboard 200—her fourth consecutive album in the top ten.
Dance Fever continues to receive critical praise:
“Dance Fever is a collection of haunting rock songs that are frothing for release…”—The New York Times
“Over the past decade, Welch has become one of the most assured live performers in music. Her sets feel religious, filled with pop anthems that sound as imposing as age-old hymns, which she sings with her equally imposing voice while sprinting across the stage. That makes Dance Fever an apt name for her new album; that’s what her music, at its best, inspires to do.”—Vulture
“In an age that favors—often demands—the constant reinvention of its pop stars, there is a reassuring familiarity to Florence Welch…This wry, gently self-mocking sense of humor runs through Dance Fever, which sees Welch return to the euphoric, stadium-sized anthems that defined her earlier career.”—Vogue
“On the band’s fifth album, she’s still chasing her own heroically errant muse down whichever mossy, forked path it might take her…Dance Fever may be Welch’s most ecstatically extra work yet…No matter what raw deal the world gives her, this is not an artist who will be settling for less.”—Rolling Stone
“Florence Welch’s pandemic album turns her intensity inward, interrogating her relationship to performance and public image. These are her most personal lyrics, and among her most poignant.”—Pitchfork
“She’s long-exhumed the depths of her emotions through the power of booming, bewitching vocals and life-affirming choreography. And that’s no different on Dance Fever, an explosive expression of unity in the face of strife and an exuberant expression of hope.”—Consequence
“…some of the most captivating [songs] Florence The Machine have made in years, and exist as a hellish rebuke against stillness.”—Paste
Dance Fever was produced by Florence, Jack Antonoff and Dave Bayley of Glass Animals. 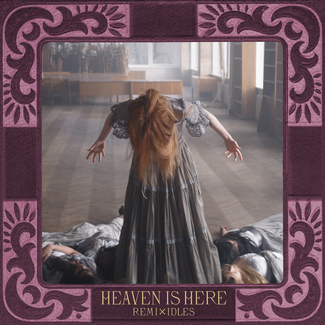