In support of her home state, Kelsey Waldon launches a raffle today in partnership with Gibson Gives—the philanthropic arm of the iconic American instrument brand, Gibson—and RallyUp to raise funds for those affected by the devastating floods in Eastern Kentucky earlier this summer. The raffle will include three guitars wrapped in Waldon-specific art, produced and donated by Gibson. Full details HERE. Waldon will also partner with Gibson Gives to support Appalshop, a Kentucky-based non-profit organization that provides free music lessons to school aged children. Additional details to be announced.
In conjunction with the fundraiser, the official music video for Waldon’s song, “Backwater Blues,” directed by Curtis Wayne Millard and dedicated to the resilience of Kentuckians, is out now.
.
Reflecting on “Backwater Blues,” Waldon shares, “I wrote this song from personal experience, and something I lived every season of my life growing up. It was inevitable that one day I would write a song about the backwater. To everyone I know down in the Ohio River bottoms, people will ask them why they still live there in flood country? The answer is because it is home. Just like when people outside of the state ask, ‘why do they still live in hollers by the river and creeks?’ It is home and most people simply can’t move. They don’t have the means or money to do it, and the reasons why are mostly out of their control. The message is one of empathy and the storyline is one of heartbreak, except this time Mother Nature is doing the breaking, over and over again. She is upset for good reason, but the character in the story has a simple plea. I think most anyone, outside of the state and all around this world, can relate…especially in these times we are living in. Pitch in if you can, to give back to a place that has given us so much.”
“Backwater Blues” is from Waldon’s acclaimed new album, No Regular Dog, which was released last month via Oh Boy Records. Produced by Shooter Jennings (Brandi Carlile, Tanya Tucker) and recorded at Los Angeles’ Dave’s Room Studio, No Regular Dog is rooted in deep self-reflection and features Waldon’s most personal songwriting to date. With these eleven songs, including “Season’s Ending,” a tribute to Waldon’s mentor John Prine, Waldon solidifies her position as one of music’s most authentic voices—turning the harsh truths of loss, self-doubt and sacrifice into songs that soothe and brighten the soul.
Critical acclaim for No Regular Dog:
“With a pedal steel guitar sighing affirmations behind her, the plain-spoken country singer Kelsey Waldon rolls out images and similes…to marvel at a reliable, nurturing love: no drama, just comfort and gratitude.”—The New York Times
“Kelsey Waldon sings with emotional directness and unembellished simplicity that will reel you in and hold you. But she takes you to places where the questions and answers are surely rich, and far from simple”—The Wall Street Journal
“she sings over instrumentation that recalls the freewheeling best of ’70s country music, as Waldon’s vocal embodies a certain bruised innocence.”—Billboard
“pure, subtle country with elegantly conceived lyrics…the album’s name summarizes Kelsey Waldon’s superb talents and determined approach to her profession.”—American Songwriter
“the band pours country gold around her…all throughout, though, it’s Waldon’s voice, her words, and her story that make these songs.”—No Depression
“11 insightful tunes with a modern-classic sound and the hard-earned self confidence that comes from soul-searching questions”—Nashville Lifestyles
“tender and breezy”—Brooklyn Vegan
“she continues to ascend the ranks as one our more authentic country-styled Americana artists…she has clearly arrived as one of the more honest voices in this music while remaining humble and attuned to her rural upbringing”—Glide
“a rich, groovy soundscape that modernizes the gritty outlaw country sound of the 1970s…her talents only seem to grow as time continues to fly by.”—The Boot
“one of the most compelling young country storytellers”—Wide Open Country
“With No Regular Dog, Waldon has established her purpose as an artist with relentless truth. Here she delivers her signature album; one that will be revisited for years to come.”—Holler
“Make no mistake: No Regular Dog is absolutely a country album, and it’s a damned good one.”—Entertainment Focus
“Kelsey Waldon is what your mind hears when you think country…an indispensable force in Americana”—Americana Highways
“Keeping that old school sound of traditional country music alive, the Kentucky native just might be the most underrated artist in all of country music”—Whiskey Riff
“a vocal that is as country and natural as it gets…there isn’t a weak track or moment across the eleven tracks that feature on the album and, in a year that continues to gift us with excellent albums, it’s up there with the best that I’ve heard this year.”—Lonesome Highway
In celebration of the record, Waldon will embark on her “No Regular Dog Tour” next month with headline shows at Seattle’s Tractor Tavern, Portland’s Polaris Hall, Austin’s 3TEN ACL, Fort Worth’s Tulips FTW, Lexington’s The Burl, Los Angeles’ Hotel Café, New York’s Mercury Lounge and Nashville’s Basement East among several others. Special guests on the tour include Emily Nenni, Brit Taylor, Bob Sumner, Abby Hamilton and Kristina Murray. See below for complete itinerary. Full ticket details can be found at http://www.kelseywaldon.com/tour.
In addition to Waldon (vocals, acoustic guitar) and Jennings (piano, organ, synths), No Regular Dog also features Waldon’s touring band—Nate Felty (drums), Alec Newnam (bass) and Brett Resnick (pedal steel), alongside special guests Doug Pettibone (dobro, guitar) and Aubrey Richmond (fiddle), as well as background vocals from Kyshona Armstrong, Mickie Conley, Maureen Murphy and Kristen Rogers. 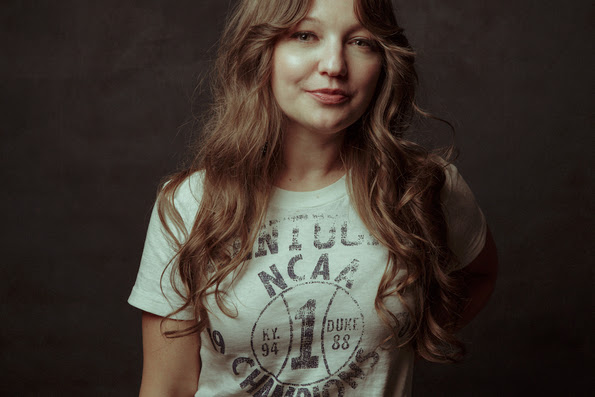